BRITE Constellation measures low-level oscillations and temperature variations in stars brighter than visual apparent magnitude of about 6.0. (A detailed description is given in Weiss et al. 2014; download here.)

These stars turn out, for the most part, to be among the most luminous – either massive stars during any of their evolutionary phases or medium-mass stars at the very end of their nuclear-burning stages.

Such massive stars dominate the ecology of the Universe: During their relatively brief lives and in their spectacular deaths as supernovae, massive stars inject enriched gas into the interstellar medium adding heavy elements critical to the formation of future stars, terrestrial planets and organics.

They are distributed all over the sky (see Figure): 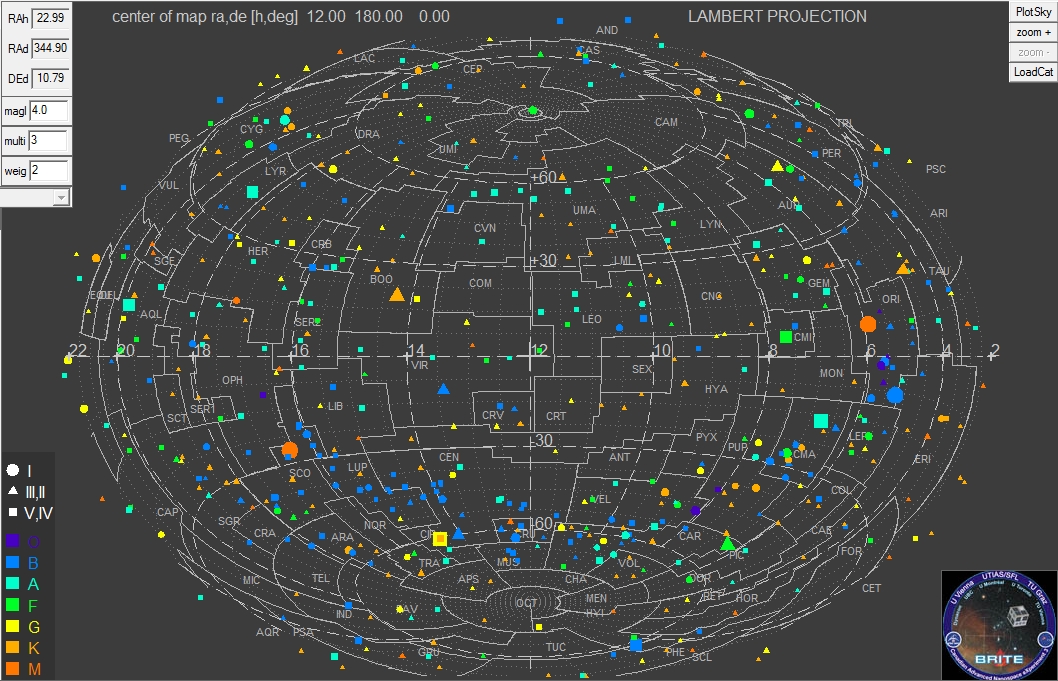